Below you will find an alphabetical list of some of the terms used in connection with Bible Online Learner.

When running an exercise, the Bible OL will display a list of features for each question object. The “display features” on the list give information about the question object; the “request features” have values that the student should provide: 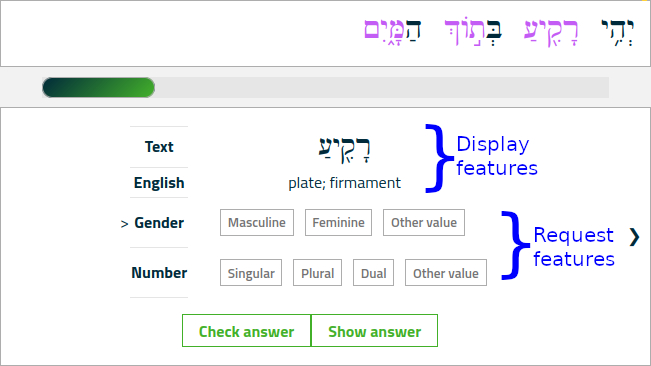